I know. I know. I know. I have been such a slacker lately. It’s been 3 months since my last post and I feel as though I have lived a whole other lifetime since then, but I am FINALLY setting aside some time to getting my blog updated.

So, let’s talk about Athens, Greece.

We arrived into the city exhausted and beyond jet lagged after a few days of marathon wedding activities in France. More on that later. The fact that our flight from Paris to Athens was delayed a few hours didn’t help with this exhaustion and we ended up arriving at 2am instead of 9pm. Really, it was okay since we were too tired to do anything anyway. We checked into our hotel and awoke to a beautiful blue sky and a view of the Parthenon. Yay!

We wasted no time venturing out, but within an hour we were experiencing what it’s like to be in Athens, in July- it was seriously 120 degrees at 10am. Within an hour we were disgustingly sweaty and exhausted from the heat. Nothing says honeymoon like body odor and me reading Fabien the riot act if he as so much as accidentally brushed my body. “It’s too hot, don’t touch me.”

But, we pushed through and spent the day walking around, looking at ruins (there are so many), drinking ouzo at cafes and eventually deciding we had enough energy to climb a hill for a totally amazing view of the city. Here are a few pics: 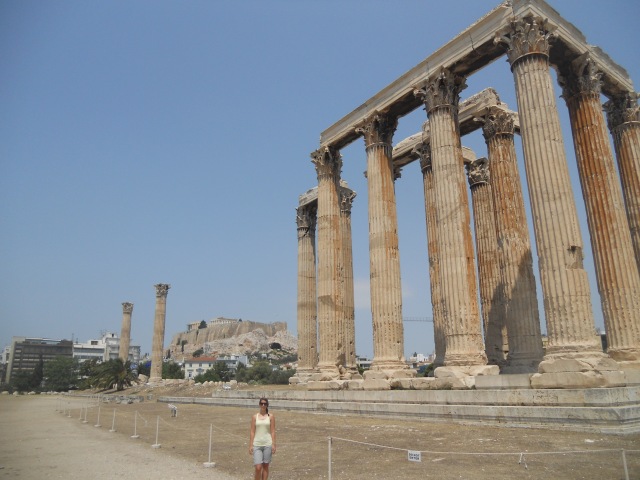 View of the Acropolis from Philopappou Hill. Also a great representation of how disgustingly sweaty we were. :)

Later that night, we went for an awful dinner. Fortunately, the horrible food and horrendous service were balanced by the view of grape vines and the fact that we were within steps to another hill which promised amazing night-time views of Athens and the Acropolis. It did not disappoint!

The next day, we made a failed attempt at waking up early to beat the heat and crowds at the Acropolis. As expected, this was really the highlight of Athens.  We spent a couple of hours exploring the site in the blazing sun before going to the Acropolis museum, which  we may or may not have gone in just because they had cold water and air conditioning. Feeling as though we have seen and done it all, we spent the rest of the day napping in our air conditioned hotel room followed by a much better dining experience that night.  Having officially overcome our exhaustion and jet lag, we were ready to take the island of Crete by storm the following day. Below are some pics of the Acropolis and for the complete Athen’s album, click here. 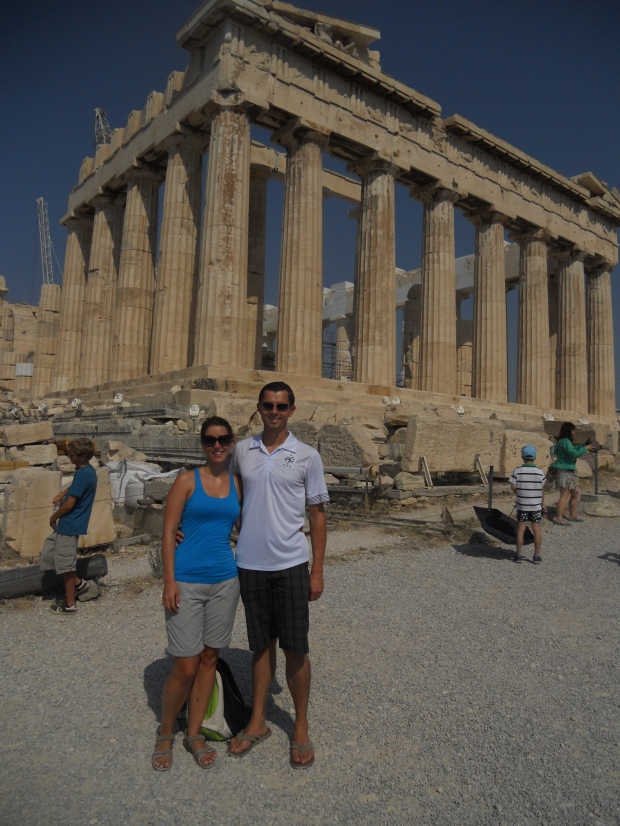 2 thoughts on “Chasing AC in Athens”